As I have mentioned in recent comments, many functions on my laptop aren’t working, including the search function as well as links that people send me or even the links in my previous posts. It seems to be IT interference from an unknown outside source because the laptop isn’t broken per se, but blogging as usual is nearly impossible.

So I’m a bit stumped.

I had a whole list of posts planned but I might have to scrap a few of them; there are some that I have developed sufficiently to post up soon lest my laptop conks out completely.

I am – at present – still able to add text to posts and I have a few images stored that seem to be OK when I add them to posts but I am severely hampered.

People have been laughing recently and telling me that readers are following up all sorts from my posts and comments themselves anyway, I really don’t need to do all the work myself! I am most grateful; I do try to be as helpful as possible but I also tend to stretch myself by posting all sorts of background up because I love recent history and sociology and if, for example, I find that Lord Denning personally vetted MPs for his constituency via Oswald Mosley and each Lucky Winner had strong links with crazy extreme people who were amassing Private Armies lest Red Benn became PM, I can’t resist digging as much as poss…

I have four more volumes with seriously fascinating info from post-war Westminster Govts that I am making my way through at present and there is quite a bit of info that I desperately want to add to posts already in development or to new posts. So I will try to do as much as I can, but I am going to have to provide the basics re names, dates and details of skulduggery and leave readers to google the biographies of those involved themselves. Most of the people concerned have featured in detail in previous posts, the names will usually be familiar, it’s just that I have dug up yet more wrongdoing and friendships with Lord Gnome and his kith and kin…

I will take this opportunity of an enforced go-slow re blogging to read through recent posts, finish off as much as I can and add relevant bits and pieces as I go. I am amazed at how much there is up on the blog now, even if text has disappeared; so much that I do often forget bits and pieces.

I understand that the MDU are going apeshit about this blog and are battening down the hatches. Which does further illustrate what a total bunch of shites they are. I have demonstrated beyond doubt that they gave all the legal help and protection necessary to Top Docs who were sex offenders, perjurers, blackmailers, running an international drug cartel, giving and accepting bribes, forging documents, slandering and libelling people, forcing patients into sex work and er killing witnesses. The MDU refuses to communicate with me and now it is yet more How Very Dare You, We Don’t Have To Put Up With This.

The MDU: the lowest form of life on earth. 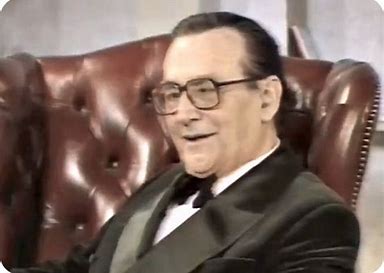 Top Doc sexually assaults you or your loved ones or gets knob out in clinic as it were? You’ll get nowhere at all through any legal channel, absolutely nowhere. All you really can do is punch them in the face as hard as you can there and then. It is not a course of action that I ever thought that I would recommend to anyone but if it deters even one of them from sexually assaulting one of their patients or a child again, it might be worth it. Of course their mates will then ensure that you never receive effective medical care again but at least it is now clear what the situation is. Brown and I have been aware of that for a few years now, other people are not so fortunate to be aware of the serious danger that they are in.

At least the MDU’s latest actions clarify that the problem isn’t Merfyn, the Philanderer, Graham Day, Apollo, The Welsh, The English, The Polish or even Brown and me. It definitely isn’t a Lack Of Resources. It is the MDU that, from it’s establishment, chose to make its priority protecting Top Docs no matter what they’d done, who they’d done it to or how many times they’d done it.

Politely complain through the appropriate channels about a disgusting old lobotomist who spent his career running a paedophile ring and forged documentation about you? Your mates will be murdered and every effort will be made to kill you as well.

Thank God that in so many cases they couldn’t even carry out a simple murder plot without cocking the whole thing up. Sadly with regard to the comedian who coined that wonderful line – who’s image has also disappeared from my store! – they were on the ball and Peter Cook joined the 1995 Club in February of that year.

I don’t regret taking you lot on MDU and I never will. I only wish that I had known years ago that you were so, so much worse than even Brown and I suspected. I’d have gone for your jugular then instead of wasting so much time with yet another New Face who promised that This Will Now Be Dealt With Properly.

I have even been told now that I ought to consider changing my appearance via plastic surgery lest I am ever recognised by the hitmen who I am assured have received orders. Oh bugger off! Although I should ask the coppers next door that if I felt ‘Ooh yes, I’m a Woman In Distress and Terror, please Help’, which Top Doc will carry out the surgery??? I know Top Docs provide that service for Mexican drug barons but Mexican drug barons haven’t complained about Gwynne and fallen out with the MDU!!!

I’ll make an appointment with Bethesda Surgery, I’m sure they’ll be delighted to see me after all these years.

‘Now don’t you worry my dear, we’ll look after you…’