Just think about it O Breakers of Glass Ceilings, after reading previous posts.

Dickie and David, who’s father Sir Frederick was Principal of what became Leicester University, an institution that for decades concealed the abuse ring in Leicestershire, including when Lisa’s dad Dipak Nandy worked there: 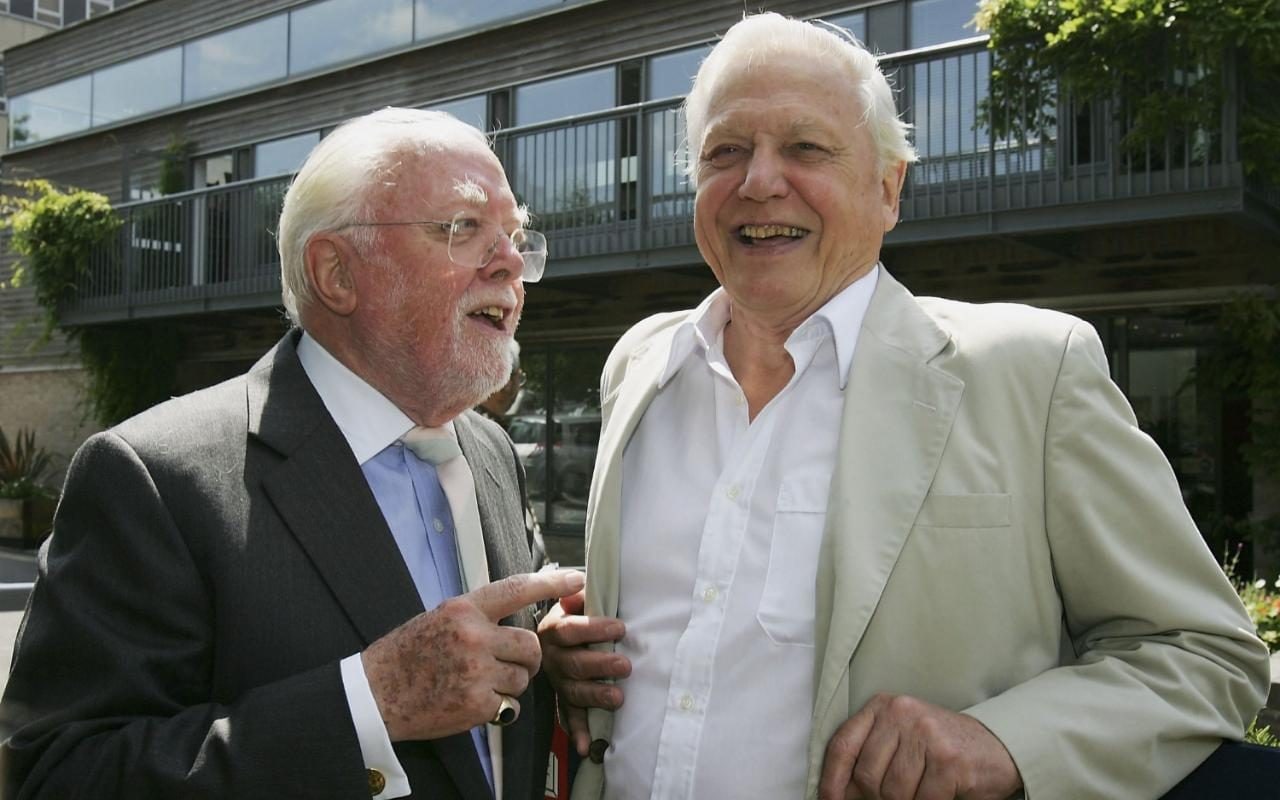 A lifelong supporter of Chelsea Football Club, Dickie served as a Director of the club from 1969–1982 and between 1993 and 2008 held the honorary position of Life Vice President. On 30 November 2008 Dickie was honoured with the title of Life President at the club’s stadium, Stamford Bridge.

Dickie was also head of the consortium Dragon International Film Studios, which was constructing a film and television studio complex in Llanilid, Wales, nicknamed “Valleywood”. In March 2008, the project was placed into administration with debts of £15 million and was considered for sale of the assets in 2011. A mooted long-term lease to Fox 21 fell through in 2015, though the facilities continue to be used for filmmaking.

De Montfort University was also on board with the ring. After Brown completed his PhD at Leicester University without being given access to basic facilities yet alone adequate supervision although the ESCR were paying Leicester University for that, Brown taught at Aston University (where he had completed his first degree) and after being forced out of his job in July 1995, the month in which Bing Spear and Peter Morrison were found dead, Brown then began working at De Montfort University in Leicester, previously Leicester Poly. Previous posts have discussed some of those of the gang’s circle who then began finding themselves jobs at DMU or even roles on the governing body or as Chancellor. I have just discovered another such person who had gone under my radar, the 7th Earl of Leicester.

Edward Douglas Coke, 7th Earl of Leicester, CBE, DL (6 May 1936 – 25 April 2015),[1] styled Viscount Coke between 1976 and 1994, was an English nobleman. The Earl of Leicester was one of Norfolk‘s leading figures and played a key role in preserving and modernising the Holkham Estate over the last 40 years.

Lord Leicester was the son of Anthony Coke, 6th Earl of Leicester, and Moyra Joan Crossley, Countess of Leicester. Born in 1936 in Southern Rhodesia (now Zimbabwe) where his father had settled as a young man before inheriting his title and estate, he spent much of his childhood on a remote farm in South Africa.

His grandfather, a younger son of the 3rd Earl of Leicester, had been killed at Gallipoli a week after providing covering fire for the first troop landings, which took place a hundred years to the day before his grandson’s death.

By the 1960s it was clear that Edward Coke’s father was next in line to succeed to the Holkham estate and that he was himself the next heir. In 1965, at the age of 29, Coke came to England and settled in the Holkham area to take up farming and familiarise himself with the estate.

By early 1973 Coke had taken over the management of the estate, which had become severely in need of improvement. Of the 300 houses on the estate, only around thirty had bathrooms, the Hall was still heated by open fires, and, as he later said, the Park Farm was possibly the only loss-making farm in the country. This was the start of a lifelong project to modernise farming, the estate’s buildings, and the Hall, to ensure a viable legacy for future generations. In 1996 he won the Laurent Perrier Award for Conservation, specifically recognising outstanding conservation work carried out to ensure the sustainability of the grey partridge population.

In DATE Amnesty adopted Nelson Mandela as a prisoner of conscience yet refused to support the Birmingham Six – Brown caused ructions at a public event when he questioned a senior figure from Amnesty about this, because the audience didn’t know. NAME, former TITLE of Amnesty turned up at DMU as senior colleague – openly very hostile to Brown

The Earl was passionate about the Hall’s extensive art collection and was a keen patron of the arts, loaning many paintings to galleries and exhibitions both nationally and internationally. One of his last initiatives was to suggest a display (now in preparation) in the Hall about the Magna Carta and the role played by his ancestor the 17th century lawyer, Sir Edward Coke, in preserving its values. With the help of his second wife, Sarah, new vitality was breathed into the Hall by careful repair and refurbishment; open days were transformed by the removal of ropes and the addition of flowers in the state rooms; the Marble Hall hosted classical concerts and staff parties. They deliberately occupied two different wings of the Hall in summer and winter, to maximise use of the whole house.

Leicester married Valeria Phyllis Potter, daughter of Leonard A. Potter, on 28 April 1962. They had three children and six grandchildren.

They were divorced in 1985. Leicester married secondly Sarah Forde, daughter of Noel Henry Boys Forde, in 1986, her second marriage. The Countess served as High Sheriff of Norfolk, 2013-14.

Alongside overseeing the management of the estate the Earl of Leicester found time to play an active role in public life. Amongst the positions and offices he held were Leader of the Borough Council of King’s Lynn & West Norfolk (1980–1985), Chairman of the Council’s Planning Committee (1987–1991), an English Heritage Commissioner, Trustee of the North Norfolk Historic Building Trust, Founder Trustee and Chairman of the De Montfort University Global Education Trust, Trustee of the Royal Anglian Regiment, Chairman of the Country Landowners Association, Deputy Lieutenant of Norfolk, President of the Ancient Monuments Society and President of Wells RNLI. He served as President of the Historic Houses Association (HHA), 1998-2003, in which capacity he was appointed a CBE for services to heritage. He continued his work with the HHA as a Patron.

The Earl was an active field sports enthusiast and was proud of Holkham’s reputation as the birthplace of driven shooting. Over the years, as a lover of working dogs, he hosted the Kennel Club’s Retriever Championships and Spaniel Championships on the Holkham Estate. In 1978 he held a country fair in the park to celebrate the 200th anniversary of the Sheep Shearings held by his ancestor, the famous farmer, ‘Coke of Norfolk’, and it became the first of many such regular events.

In October 2005, Lord Leicester retired from the active management of the estate and handed over control to his son, Tom, Viscount Coke (who is now the 8th Earl). He moved to another property on the estate in 2006 but continued to take a keen interest in the continuing improvement of the Hall, the estate and its buildings.

Lord Leicester died in the early hours of 25 April 2015. He leaves a widow, Sarah, Countess of Leicester, three children, and seven grandchildren.[5]

4 thoughts on “Lisa Nandy For PM!”