Just a quick message. The complaint made about this blog to my hoster recently (see post ‘Notice To Readers: Possible Threat To The Continued  Existence Of This Blog’) was, my hoster has acknowledged, without foundation. However my hoster has written to warn me that ‘numerous other complaints’ have now been made and although my hoster suspects that they too are without foundation, they are obliged to respond and investigate and if complaints keep being made, they will have to ask me to find another hoster for this blog.

It’s not rocket science everyone. It’s called Standing Up To A Gang Of Murdering Old Sex Offenders. It isn’t easy but that’s only because so many people refuse to do it and join in with their fuckwittery and make ludicrous complaints about the people who do stand up to them.

Now if the paedophiles’ friends will excuse me, I’m just in the middle of another blog post and I do intend to finish it before I worry about the harassment to which my hoster is being subjected.

Anyone for Convictions re FGM and CSA? The problems are so well-known to our Caring Society that they now only need to be referred to in initials-speak, so high is our Awareness and Determination to Stamp Them Out.

There has been another article published in ‘The Guardian’ online re FGM in the last 24 hours. The writer of that article would not be able to identify a girl who had actually undergone FGM if she met one, even after taking a long hard look at her nether regions. Neither could most Top Docs or Angels in the UK who do not work in the area routinely. The ignorance combined with authoritarianism is causing havoc. 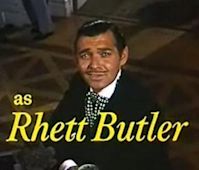 11 thoughts on “One Complaint Against This Blog Withdrawn – More Have Been Made!”