Radio 4 announced this morning that Baroness Jean Trumpington aka Trumpers has died. I can only echo the sentiments of Trumpers’s mate Thatch during the Falklands conflict when South Georgia was recaptured in April 1982: Rejoice!

Trumpers enjoyed so many biographical highlights that I will refer readers to my post on the life and career of Trumpers, ’95 Glorious Years!’ for full details, but Trumpers’ greatest achievement was surely during her time as a junior Health Minister when she appointed Jimmy Savile to a senior management post at Broadmoor Hospital, in which role he subsequently raped and sexually assaulted a number of female patients, resulting in two of them committing suicide.

Here is a brief celebration of Trumpers’ life in pictures.

Trumpers’ was born on 23 October 1922 into an incredibly wealthy family which was hit by the Wall Street Crash when Trumpers’ was a child:

It was OK though, Trumpers’s dad and mum had so much dosh that even after they lost millions,  they were still far wealthier than virtually anyone else in the UK and continued to live the life of Riley, hobnobbing with Royalty.

Trumpers’s childhood playmates included the Carey-Jones’s, members of David Lloyd George’s family from north Wales. Two of the Carey-Jones’s were members of the gwerin who created havoc in north Wales when there was a challenge to the Top Doctors of the Walton Centre after the wife of the VC of Bangor University failed to survive her encounter with them. Trumpers’ was also friends with Jeremy Thorpe, who was seven years younger than Trumpers.

Trumpers’ only ever had one job until Thatch gave her a peerage and appointed her as a junior Minister and that was when Trumpers worked behind the counter in Peter Jones’s as a young woman. Trumpers was sacked after allowing one of her mates to steal from the store:

Peter Jones played a part in Trumpers’ life once more many years later when she was a member of the Lords. Trumpers invited one of the Directors of Peter Jones to tea at the House and demanded discounts on expensive goods what with her being a Lady and no-one at Peter Jones twigged that this was the thieving cow whom they had sacked decades previously. Trumpers got the discounts and on subsequent shopping trips to Peter Jones, the staff scurried around ordering taxis for her and carrying all the bags of discounted goodies that she had purchased, lest Trumpers suffered from tired arms.

As a young woman, Trumpers’ was groped by David Lloyd George while she was staying at his mistress’s house:

Trumpers’ dad was involved in running The Windmill Theatre; it opened in 1931 and naked girls famously stood motionless on stage throughout all performances. There was never any improper behaviour at The Windmill, because if there had have been it would have been closed down. On one occasion Trumpers and her dad had a good laugh when the men in the audience at a ‘private showing’ scrambled over the seats and stormed the stage to grope and manhandle the naked girls.

In later life, Trumpers maxed out on having Worked In Intelligence At Bletchley Park. By Trumpers’ own account, she was only ’employed’ there in a very junior capacity after her dad had a word with someone, was bored out of her head and spent her entire time messing about with her mates or escaping to London to go gambling and to get pissed.

Trumpers thought that she might have met Alan Turing on one occasion, although she wasn’t sure. Whether she did meet him or not, Trumpers hated poofs and once left a party when she realised that there were some of them in attendance.

Trumpers was one of those who made a lot of noise about putting her name to the Campaign To Pardon Alan Turing. Unfortunately by the time Trumpers et al did that, Turing had been dead for many years, having killed himself in the aftermath of his conviction for Being A Queer and experiencing Help For His Homosexuality from the Top Doctors.

Sadly Bill wasn’t very nice to Sally and once she had produced a male heir Sally was dumped and Bill remarried. 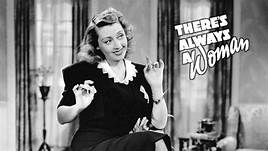 Nonetheless Trumpers continued weekending at Cliveden. Trumpers’ continued partying at Cliveden after Bill dumped his second wife and married Bronwen Pugh, who went to school in Dolgellau and was the daughter of Sir Alun Pugh, a Welsh Judge.

Bill’s mum Nancy hated all of Bill’s wives and made their lives very difficult. Nancy is a Feminist Icon on account of her being the First Woman To Be Elected As An MP. Although she wasn’t, there was a Woman Elected As An MP before Nancy Astor, but everyone’s forgotten about her. Just as Trumpers’ hated poofs, Nancy hated Jews.

Trumpers was attending parties at Cliveden throughout the Profumo Affair:

Trumpers never liked the common slappers who found themselves sitting at the dinner table at Cliveden next to members of the Royal Family and Russian spies and she did know that None Of It Was Bill Astor’s Fault. 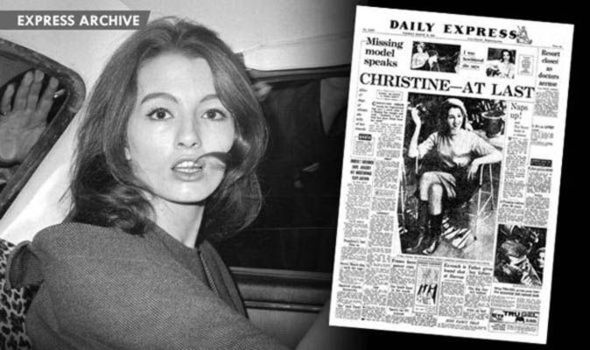 Here’s a few images from Hogarth’s ‘A Rake’s Progress’:

Barker was appointed Headmaster of The Leys School, Cambridge

Trumpers threw herself into Cambridge life and Conservative politics and she made many good friends:

Trumpers became Lady Mayoress of Cambridge and Barker fumed after he was told that when he was misusing the Mayoral car for personal business, he had to remove the flag from the car. Trumpers was told by the police that it was OK for her to keep the unlawful offensive weapons that they knew were in her house even though as a magistrate and Lady Mayoress it could prove difficult if this ever became public.

Mind How You Go Sir, particularly when you’re in the Mayoral car.

Trumpers was obliged to resign as a magistrate when it was discovered that she had been entertaining the Cambridge Rapist at her house. Trumpers continued with her work as a prison visitor, with Unmarried Mothers, the Mentally Ill and Juvenile Delinquents, making many useful contacts along the way.

Trumpers was involved with Addenbrookes Hospital

Has she fragrance? I have no idea, but she did perjure herself during that trial and only Tuppence was ever charged.

Trumpers was always frank that she was only ever able to have a political career in later life because of Thatch’s kindness in giving her a peerage and she remained loyal to Thatch for ever after. 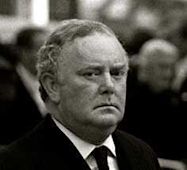 Barker’s old pupil from Eton, Douglas Hurd, of whom Trumpers confirmed Barker was ‘very, very fond’, was asked by Barker to Get Trumpers A Job. So Hurd gave Trumpers a role in the UN’s work with Wimmin. Thus Trumpers got to know Sally Mugabe.

No-one knew that Sally Mugabe was being treated at St Mary’s and indeed died there, the world was told that Sally was treated and died in Harare, because President Mugabe didn’t want to admit that she’d gone to Britain for treatment. Sally Mugabe was in St Mary’s under an assumed name although the Top Doctors all knew who she was.

Trumpers later pissed Robert Mugabe off when she let slip that she had visited his wife at St Mary’s, particularly as Robert Mugabe had been having an affair with Gucci Grace at the time. Here’s a PR shot:

Somewhere along the way Trumpers became a member of the Privy Council, where once more all rules were flouted.

As a junior Health Minister, Trumpers appointed Jimmy Savile to the senior management of Broadmoor Hospital

What was kept even more quiet than Trumper’s decision re that appointment was Savile’s sexual assaults on Broadmoor patients and the subsequent suicides of two of them.

Trumpers served as a Health Minister alongside Lord Simon Glenarthur, who made the decision to use infected blood products purchased from the US to treat NHS patients. Thousands of NHS patients contracted Hepatitis and HIV as a result and many of them have died. 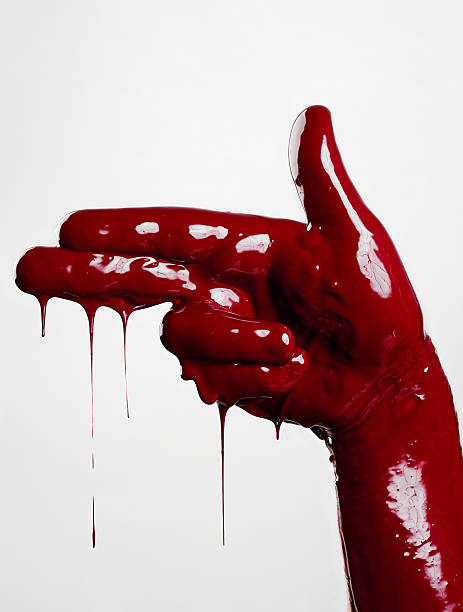 Lord Glenarthur was a Director of the MDU when the MDU provided Dafydd with free legal advice during Dafydd’s attempts to frame me for criminal offences in order to have me detained in Broadmoor. 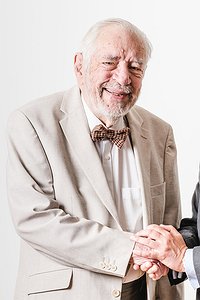 God Save The Queen. Who won’t be with us for much longer.

Baroness Jean Trumpington: aristocrat, socialite, member of Thatch’s Gov’t. Her contribution to society can be summed up thus:

As any fule kno, Marx believed that the Point Is To Change It. The Life and Career of Trumpers demonstrates quite clearly that it certainly does need changing. Now.

The people’s flag is deepest red,
It shrouded oft our martyred dead,
And ere their limbs grew stiff and cold,
Their hearts’ blood dyed its ev’ry fold.

Look ’round, the Frenchman loves its blaze,
The sturdy German chants its praise,
In Moscow’s vaults its hymns are sung
Chicago swells the surging throng.

It waved above our infant might,
When all ahead seemed dark as night;
It witnessed many a deed and vow,
We must not change its colour now.

It well recalls the triumphs past,
It gives the hope of peace at last;
The banner bright, the symbol plain,
Of human right and human gain.

It suits today the weak and base,
Whose minds are fixed on pelf and place
To cringe before the rich man’s frown,
And haul the sacred emblem down.

With heads uncovered swear we all
To bear it onward till we fall;
Come dungeons dark or gallows grim,
This song shall be our parting hymn.